The national tour of Disney's Aladdin welcomes two new title players to their cast from September 10. Jonah Ho'Okano will star as Aladdin and Korie Lee Blossey will star as the genie when the production lands in Charlotte!

They join a cast made up of Keena Kekoa as Jasmine, Jonathan Weir as Jafar, Jerald Vincent as Sultan, Zach Bencal as Babkak, Reggie De Leon as Iago, Ben Chavez as Omar and Colt Prattes as Kassim.

Based on the 1992 Disney movie hit the stage version of Aladdin features a book by Chad Beguelin, music by Alan Menken and lyrics by Tim Rice and Chad Beguelin.

What is Aladdin about?

Aladdin is a charming street urchin in Agrabah, who, when 'exploring' the mysterious Cave of Wonders, uncovers an ancient lamp that proves to be more than just a lighting solution. He unwittingly frees the lamp's resident wacky Genie, who grants him three wishes. Transformed from pauper to Prince, Aladdin catches the eye of beautiful but bored Princess Jasmine, who longs for some adventure of her own!

But it's not all a smooth magic carpet ride, because Aladdin isn't the only one that knows of the lamp's power. Enter the nefarious Jafar and his minions, who have plans for three wishes of their own and it's up to Aladdin to defeat him to keep the Kingdom from his clutches.

Aladdin is now on tour! 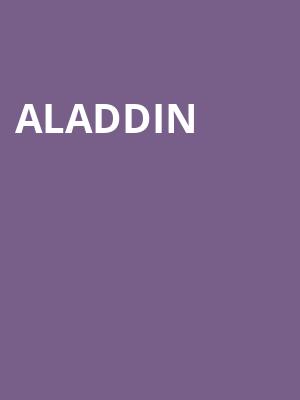